Johan is a senior manager at an international company operating in Bulgaria. He has graduated business administration in Germany and, from his previous work, knows that in order to get one thing good, any decision he has to take must be well informed. Still at the university, he learned how to use detailed data to increase the efficiency of his work and that of the company. He knows that the price of the right information is always lower than that of the wrong decisions.

The company he works for manufactures machine parts in China that it sells in Europe. Its headquarters for Central and Eastern Europe are located in Bulgaria, and Johan is responsible for the development of new markets. Previously, he worked as a commercial agent and regional manager in other companies, but was responsible for the same region.

He is ambitious and he has changed his job every four years, looking for a better position in another company. His striving to develop as a manager pushes him to apply for a position manager to develop new markets. He met his wife while working in Poland in his previous position. He and his family came to Bulgaria a year and a half ago. He has one child who studies in English at a private school.

Johan is pedantic and does not like disorder. Because he rarely can ride a bicycle in Bulgaria, as he is used to, he spends his weekends in the mountains. He likes to meet people who can appreciate his solid experience and good career.

Being in a foreign country where promises and reality often go away, he finds empirical information he can count on and justify his decisions to his superiors. He informs the world only of foreign press / media and trusts only people with economic education.

He seeks information to support his ideas for company development. He is distrustful of the institutions and therefore resorts to international sources he knows from the previous companies he worked for.

Dr. Mariana Damova is the CEO of Mozaika, a company providing research and solutions in the field of data science, reasoning with natural language semantics, and natural human computer interfaces, creativity enhancing applications, and research infrastructures for the humanities. Previously, she was a Business development Manager and a Knowledge Management Expert specializing in ontology engineering and linked data management at a world leading technology provider. She was instrumental in the successful winning and knowledge modelling of large data integration and management projects such as the Semantic Knowledge Base for The National Archive of the United Kingdom and Research Space for the British Museum, as well as European FP7 projects such as Europeana Creative and Multisensor. Her work focuses on the design and development of data integration infrastructures which allow efficient querying, access and navigation over linked data. She has managed the building of the official experimental Europeana SPARQL endpoint holding Europeana semantic data. Mariana holds a PhD from the University of Stuttgart and teaches semantic technologies and multimedia at the New Bulgarian University in Sofia. She regularly reviews books and articles for ACM ComputingReviews.com and has authored books and scientific articles in linguistics and semantic technologies. She has successfully lead international interdisciplinary teams and projects carrying technological risks, driven and managed change in engineering and operational contexts in North America and in Europe, and acquired the ability to leverage marketing requirements with knowledge intense technological solutions. 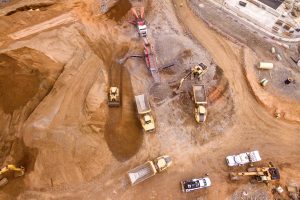 License to Operate Biggest Risk for Miners in 2021: Survey